“My daughter Sarah has just returned from school showing signs of sadness and anger! My question to her was: What’s wrong with you? Like a needle blowing a balloon. ” Why am I the only one among my friends who has curly and flyaway hair? Everyone makes fun of me.. everyone hates me.. I will never go to school again.. I’m not pretty! She pronounced these sentences with tears, anger and panting between each word. For me, she stood silent and absent-minded. What should I do?”

How many times have you heard such words from your daughter or son in different situations? How did you behave? Did you give him the right support? Or did you scold him and mention that this is a lack of self-esteem and you should stop crying immediately because if your friends see him now they will make fun of him!

Unfortunately, the psychology of our children is more complex than we imagine, and sometimes or “often” not a single word in a situation is enough to solve a problem deeper than just “curly hair”, “brown skin” or “crooked teeth”, the problem here is your child’s confidence that you build or destroy forever. Social anxiety disorder isolation from the world!

It is like a monster that lurks for days, months and years and watches the accumulation of words and situations that affected the soul until it formed a great pile of pain and oppression, and in the end this beast transmitted that pile to everyone available to block an outlet with the outside world.. It is social anxiety disorder in children or Social phobia that affects our children too!

Yes, do not be surprised.. It is true that most of us hear that this condition affects people in their youth, but some children can start this disorder early, later some can escape from this prison but unfortunately not many can do that. Especially in the case of incorrect handling and handling.

This may sound like an exaggeration, but it may be due to the generation gap and the gap that is widening from day to day. Previous generations, which today includes a large generation of parents, have never heard such terms before, so it is difficult for them to accept that what your child is going through is a disorder that has its causes, symptoms and treatment! And sometimes they refuse to acknowledge its existence and that what the child is going through is nothing but “shame and pampering.”

Big difference between shyness and social anxiety disorder in children

Some parents may mistakenly interpret their children’s behavior as just shyness, but social phobia is greater as it seems to your child that there is a real danger that causes an adrenaline rush in the body, so its effect is like a rope that binds your child and its causes:

To make it easier for you, we are going to share with you some of the signs and symptoms that you should pay close attention to to understand that your child is going through social anxiety disorder.

Signs that your child has an anxiety disorder

It is important to know first that there are emotional and physical symptoms, and knowing these symptoms will make it easier for you to determine if your child is suffering from a normal state of fear and shyness or whether the subject is different and the most prominent of these signs:

Among the physical symptoms you may notice in your child are:

Silence your child .. be his choice!

If your child’s teacher, parent, or family member says “Your child is always silent,” their choice might be it! A situation known as “selective or voluntary silence”, which means that he does not prefer talking to any particular person or group of children around him or your annoying friend who always starts laughing at him when he sees him in silence (which he thinks is a joke) and says: “ The cat ate your tongue? Everyone laughs and your child grieves in silence.

It is important to know that your child’s constant silence towards most of those around him is caused by their discomfort or fear, not because they are rude as some think!

Anxiety disorders hit the world .. and celebrities too!

Did you know that more than 3% of the world’s population we live in suffers from various anxiety disorders! In fact, there are many celebrities who have suffered from social anxiety disorder Lili Reinhart American actress and singer who has spoken of her suffering from the disease from childhood until later developing the disease which led to her frequently quitting multiple jobs due to seizures.

How to protect your child from harm in the world around him?

You are the first person responsible for protecting your child from all the harm that surrounds us. When your child experiences harsh words, sarcasm, and lack of acceptance from those around him, you need the support, containment, and trust built by you first.

Because prevention is always better than cure, we always advise you to take care of your child and act quickly, not to miss anything when the early signs appear, even if a simple situation like your child stammering at a word made his classmates laugh!

You need to discover, nurture and nurture your child’s skills and highlight their strengths, but you should know that once your child reaches a developed stage, the road can be long and requires patience! Along with a number of steps you need to follow including:

There is no shame in hiring a professional to learn how to deal with your child’s condition in case the situation develops and you are unable to deal with it properly.

The therapist uses the method of dealing with fear so that your child learns to adapt individually or in groups and to deal with situations . Cognitive behavioral therapy .

Those around you should not view anxiety disorder as a crime or the fault of the child, or treat it in a superficial and cynical way any simple success.

In the end .. Always remember that your words can strengthen your child’s self-confidence or eliminate him forever that feeling and he will not find in you the refuge that he can escape to from the harm of the world .. Where is he heading?

By the way, you can learn more about the problems that your child may face and not tell you about them.. through an article you did not know about your children

Pomegranate molasses works to lose weight .. It prevents the accumulation of cholesterol and promotes the health of the immune system 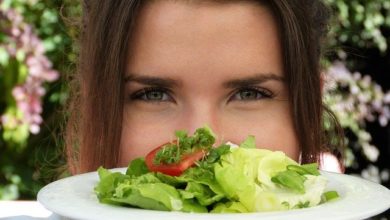 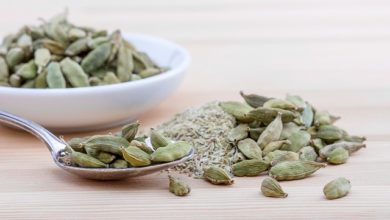 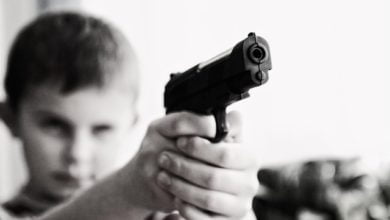