What is the relationship of the hormone DHT to hair loss?

Hair loss and baldness are conditions that cause great concern and inconvenience to almost all men and women as a person can suffer from hair loss at any age, and sometimes it may be due to genetic factors or as a result of a health condition or the use of some medications for others and with hair loss and hormonal changes in The body, whether it is in men or women, there is a relationship. In the following lines we will talk about the main causes of hair loss and what is the relationship between dihydrotestosterone and hair loss? And how to deal with this problem.

We lose between 50 and 100 hairs every day, which is a normal and imperceptible rate of new hair growth. However, if you notice unusually severe hair loss and hollows forming in the scalp, it could be due to:

The link between DHT and hair loss

There is a strong relationship between DHT and hereditary hair loss in both men and women. at high levels in the body. As a result of high levels of testosterone (male hormone), it affects the hair follicles and leads to their loss. But first let us tell you what is DHT?

DHT is a class of androgens responsible for the masculinizing characteristics of men and plays an important role during puberty as it is responsible for deepening the voice, building muscle, and growing hair throughout the body in men.

How is Dihydrotestosterone made?

There is an enzyme called “5-alpha reductase” that converts testosterone into DHT, and this process occurs in the body of men and women, but in different proportions of course, and research has not yet reached the role of this hormone in a woman’s body, but it is believed that it is responsible for hair growth in the pubic area after puberty.

How does DHT affect hair loss?

Some sources report that DHT stimulates androgen receptors in the scalp to shrink hair follicles, resulting in weak hair and hair loss. Research shows that this happens in some people for the following reasons:

Causes of high hair loss hormone in men and women

Genetics plays an important role in the high levels of hair loss hormone in both men and women, and some research has shown that smoking affects high levels of this hormone in the body, as nicotine affects the enzyme responsible for metabolism and body absorption. for the accumulation of DHT and explains. Other sources suggest that some medications can increase hormone levels.

Also, a common cause of thick hair loss is the excessive use of corticosteroids and corticosteroids in athletes, especially bodybuilders, and there are many other conditions that can increase hormone levels in both men and women:

Causes of increased dihydrotestosterone in women

Causes of high dihydrotestosterone in men

Baldness in men and women

With high levels of the hormone DHT and the resulting hair loss, the form of male pattern baldness in men and women varies as follows:

How to prevent dihydrotestosterone and treat baldness

Sources explain that stopping the hormone DHT in women and men to prevent the exacerbation of baldness is done through two types of medications, namely:

Some other medications and treatments for hair loss are also used, including:

Finasteride is an FDA-approved male-only drug that prevents the conversion of testosterone to DHT and protects hair follicles from shrinkage.

It is a vasodilator medication that improves blood flow to the scalp, which promotes hair growth after a period of use.

There is a study that found that in some men with baldness, after consuming a certain amount of pumpkin seed oil daily for 24 weeks, the number of ingrown hairs increased by up to 40%.

Some doctors suggest that a complete diet containing vitamins, especially biotin and vitamins B6 and B12, is necessary to improve hair health.

The most important vitamins for hair, nails and skin and their benefits 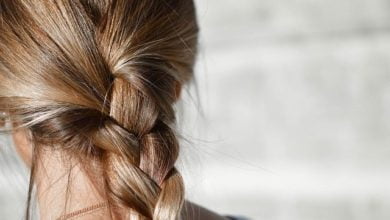 The 4 most important hair vitamins and how to get them